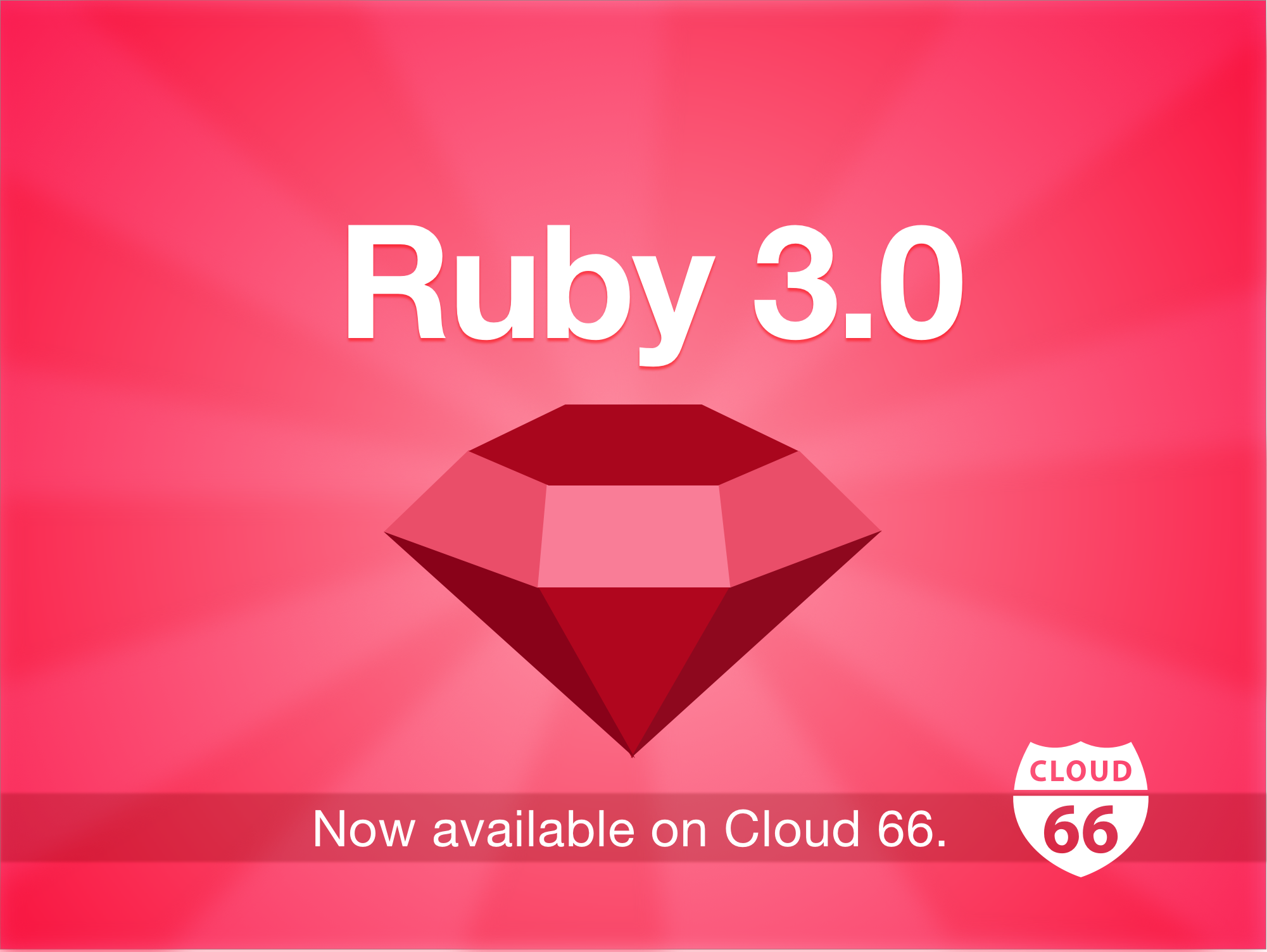 Since 2015 developers have been waiting for the release of Ruby v3.0.0 and it finally happened on the 25th of December. This major release aims to improve performance, concurrency and typing.

We are pleased to announce that support for Ruby 3.0 is now available to Cloud 66 customers. To run a new application with Ruby 3.0, you should set your Ruby version using your manifest file and then deploy your application. To do this with an existing app, you will need to update the version in your manifest and then roll out the upgrade using one of our recommended deployment strategies.

Ruby 3.0 promises improved performance, concurrency, and static analysis. This should make Ruby even more scalable, faster, and easier to use. There are, as always, some transition issues to consider.

We hope you enjoy using Ruby 3 for your own applications.