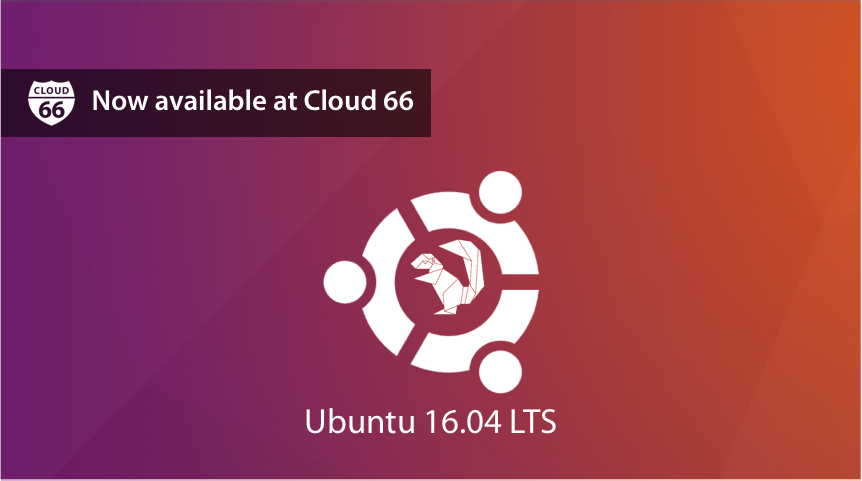 We at Cloud 66 are very happy to announce support for Ubuntu 16.04 LTS!

One of the biggest changes from Ubuntu 14.04 to 16.04 is that the Upstart init system was replaced by Systemd, which is being widely adopted by many distributions. A good side-to-side comparison of the commands can be found here.

From now on, servers on new stacks will be provisioned with Ubuntu 16.04. Servers on old stacks will continue to use Ubuntu 14.04, even with newly scaled up servers.

We strongly recommend that you switch over to Ubuntu 16.04 as soon as possible, so that you can receive security upgrades for longer. As always with these things, do it before you need it! For production stacks, you can seamlessly switch traffic over to the new Ubuntu 16.04 stack using failover groups. If you experience any issues in switching your application over to Ubuntu 16.04, please don't hesitate to contact support!

Finally, new servers will now be created with the cloud66-user, which will be used for running your applications. This allows homogeneity between clouds, as opposed to root on some, and ubuntu on others. Make sure to update any required build hooks if necessary.

For more information on Ubuntu 16.04 visit our help page.

We hope you enjoy this release!