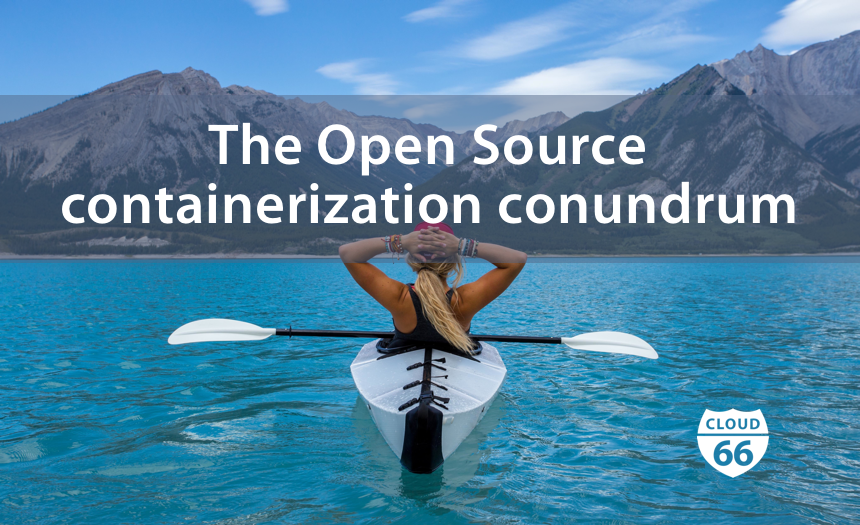 We’ve heard a lot about containers in the last couple years. We’re constantly bombarded with all these messages about needing to put containers on the agenda so you don’t get left behind. Then there’s the whole debacle over which horse in this race is going to come up trumps. When you boil it all down though, what exactly are we talking about? And what’s in it for devs?

While large segments of the community this debate is intended to enlighten don’t actually care about the ongoing Kubernetes vs CoreOS vs Mesosphere shenanigans, what they do care about is what happens to their business once they adopt containers. They want to know if it’s all hot air, or whether there’s a path to increasing the performance of their applications and achieve better utilization rates from their infrastructure through adoption.

The way to San Jose

If you want to be elastic, if you want to be flexible on both financial account as well as technological reasons, the Cloud has created a means to achieving this like no other. Adding the containerization layer into your cloud infrastructure does indeed make it all about performance, as you’re breaking down apps components into small parts that can run independently, faster, with minimal overhead and in a reusable manner.

While we’ve done a good job at figuring out how to run containerized applications once they’re in the Cloud with the help of the aforementioned schedulers, the part where we need to get code off dev machines, into containers and to the Cloud is where the process starts to fragment. There’s a whole series of dependencies you need to take into consideration as part of that pipeline delivery process, which we’ve previously documented to raise awareness. And even more considerations you’ll need to think about if you’re stitching together a whole host of open source tools to achieve your containerization goals.

How open is your open source?

Our CEO Khash covered this brilliantly in his InfoWorld blog article. An open source container build tool or orchestration engine may still be a solution for you. It really comes down to the resources you have and whether the economics of using open source add-up.

Would you want to use open source when it’s more expensive to build, orchestrate and deploy your containers than buying from a vendor that has the same exact functionality for a small monthly fee? If someone else has put in the work and the product does what you want for a cost that's better than what it would take your organization to build and maintain a solution in-house, then that should be reason enough to buy it.

What it all means

Tools like Cloud 66 were created specifically to help take development code and deploy it to a production-ready Docker environment in a matter of minutes. Yes they may not be ‘free’ but our customers wanted microservices, so we looked around and created Cloud 66 for Docker to enable those wanting to adopt containers. And since then, they’ve been willing to pay us a small fee to do just that.

Building such a solution is hard, and certainly not cheap – especially to the level of quality we’ve invested into our technology at Cloud 66. This is not some abstract, experimental product. From creating a Docker image to container networking, orchestration and deployment it’s a one-stop solution to containerization, and we’ve got over 500 customers who rely on us without worrying about any additional tools, scripting or schedulers.

But don’t take our word for it, check it out with our 14-day free trial and you decide.