Here's what it takes to build a Docker image: a Dockerfile!

Dockerfile has a simple and understandable format. Choose a base for your image, add files, run commands and you're good to go. Here's an example:

Often times building a real world application takes much more than following simple ADD and RUN steps in a step-by-step fashion. You might want to:

Also, how about those "post-build" steps like uploading your compiled executables to S3 or resetting your exception handling system after a successful build and release?

Habitus is our answer to these issues. We built it for ourselves and are releasing it as open source for everyone to enjoy, contribute and make their own.

Habitus is a build flow tool for Docker. It lets you combine multiple Dockerfiles into a complex build and deployment flow.

Combining your Dockerfiles with a single yaml file called build.yml gives you a lot of power and flexibility. Here's an example of a build.yml:

Now we can run this with Habitus:

What else can it do?

Habitus can do more than just running build steps. It can:

Multiple instances of Habitus can run in parallel on the same build using unique session IDs. This is useful if you would like to use Habitus for your automated build server.

Where can I find out more?

You can read more about Habitus on its website.

Habitus is an open source project sponsored by Cloud 66. Fork, modify and conquer, then let us know what you think!

Watch our talk about Habitus at the DigitalOcean Meetup in New York. 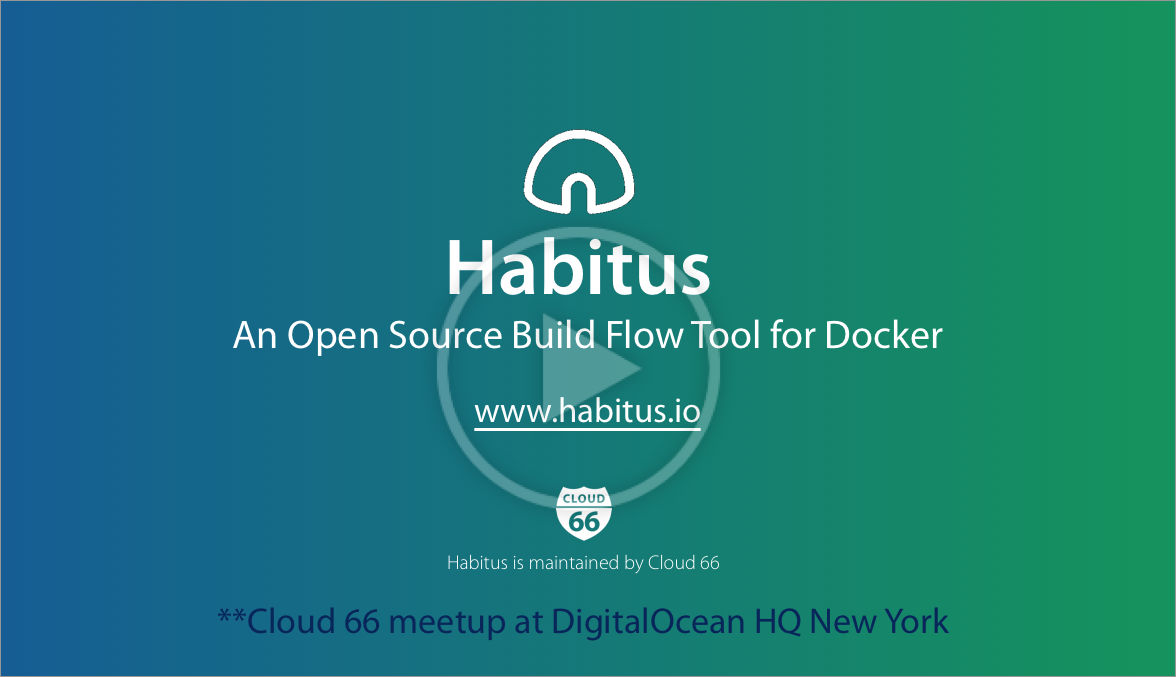