On the road with Cloud 66 at EMC World 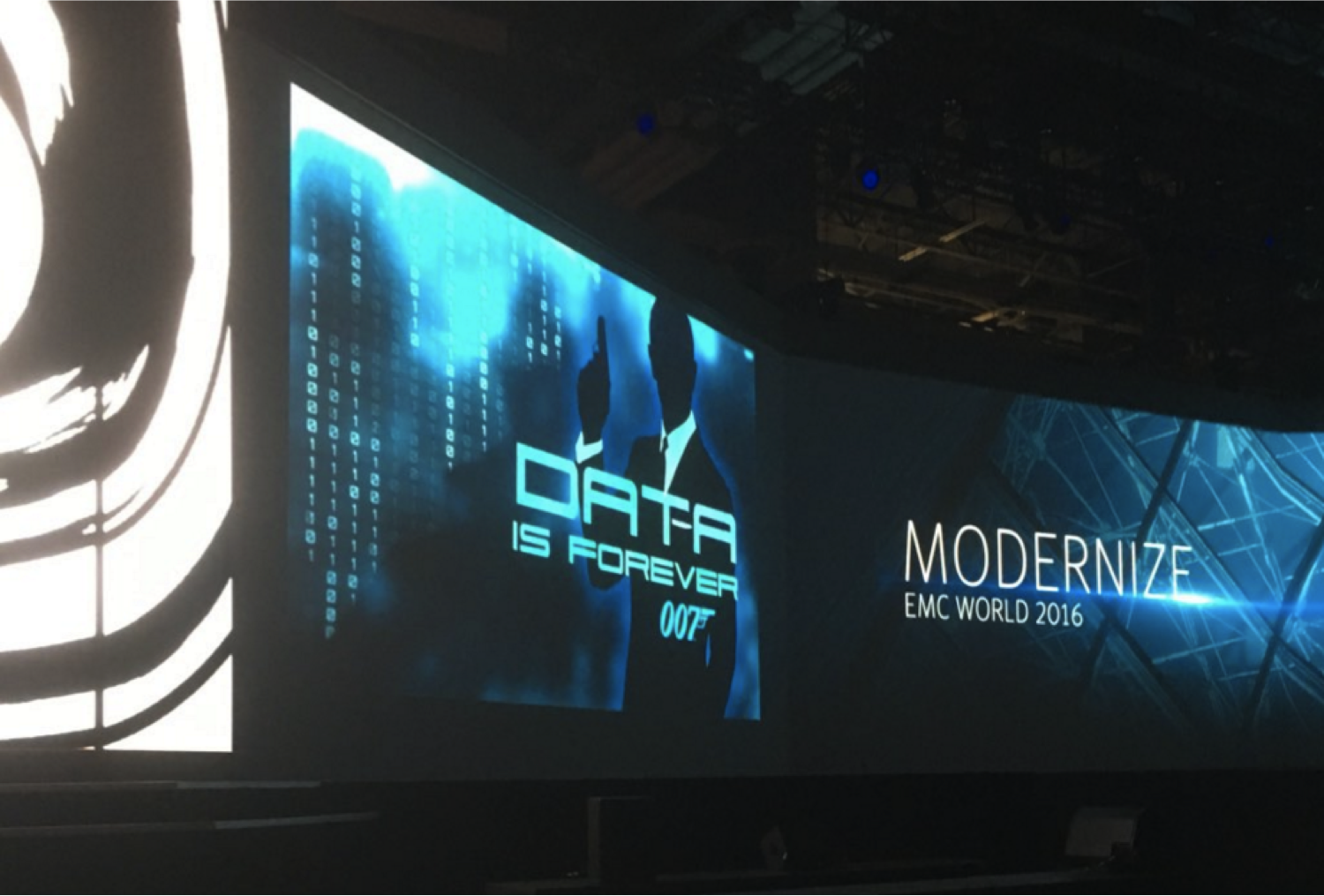 Last week, EMC World 2016 provided a lively backdrop for our initial foray into the enterprise market. It's easy to see why huge events like EMC World need a venue like this; the hotel space is gigantic and the exhibit halls are larger than anything I'd ever seen before. As a Vegas first-timer, I was struck by the enormous scale of everything.

The event itself was a very polished affair, bringing together the best known players of the enterprise IT world. I especially liked the cheesy James Bond themed tech demos on the three tier main-stage, which just so happened to seat tens of thousands of attendees!

Where old and new collide

Traditionally, EMC World has been an event primarily focused on the enterprise appliance and storage audience. But making its second appearance, the EMC {Code} initiative was essentially a showcase to provide enterprises with access to the latest happenings in the tech world. With our imminent on-premise solution making its debut, Khash and I spent the week talking to tech enthusiasts who stopped by at the {code} Pavilion to visit Cloud 66. 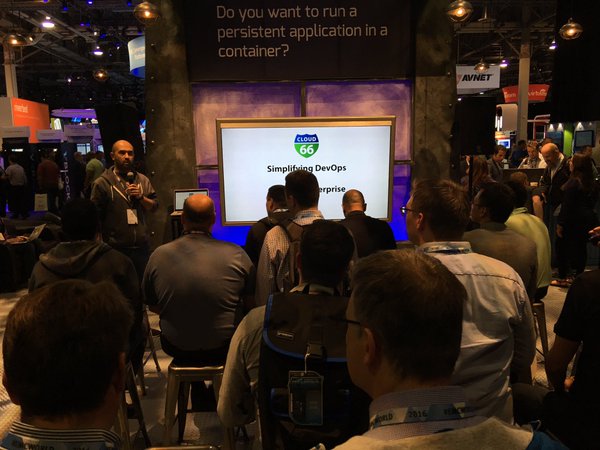 Although I've long suspected it, being in Vegas reinforced my perception of just how far behind the cutting-edge curve most enterprise organizations are today. Unsurprisingly, there were a bunch of hour-long "education" mini-sessions running throughout the event, with topics that included "Introduction To Containers" and "Introduction To Immutable Infrastructure". Make no mistake, there's a huge opportunity here for modernization, but it's going to take some brave and willing participants to usher-in the new world.

What happens in Vegas...

The exhibition floor was littered with all sorts of gimmicks you'd expect at an event of this size. There were at least three different showcases using VR to demonstrate very non-VR-related technologies: the longest drive golf simulator, induction block based Tetris competitions, and even a contraption for simulating out-of-control zero gravity rotations (like a multi-axis simulator). Surprisingly, people queued up to have a go on the latter, ignoring the fact that 95% of the people who did try it, exited wanting to puke (and at least one did!).

Although not normally my thing, Vegas was an interesting experience and one definitely worthwhile to traverse the pond from London. I have to say though, the local penchant for bacon in everything was certainly not to my taste - even the evening cocktail was served with a strip of maple-glazed-bacon in it. From a business perspective, our turnkey on-premise full stack management offering got a lot of positive response. I look forward to sharing more on this soon.