This case study features Checkend , a company that supports e-commerce businesses by building applications for Shopify. It showcase Checkend's infrastructure setup, which includes the use of Docker and Rails deployments with Cloud 66 on Linode VPS and bare metal servers. 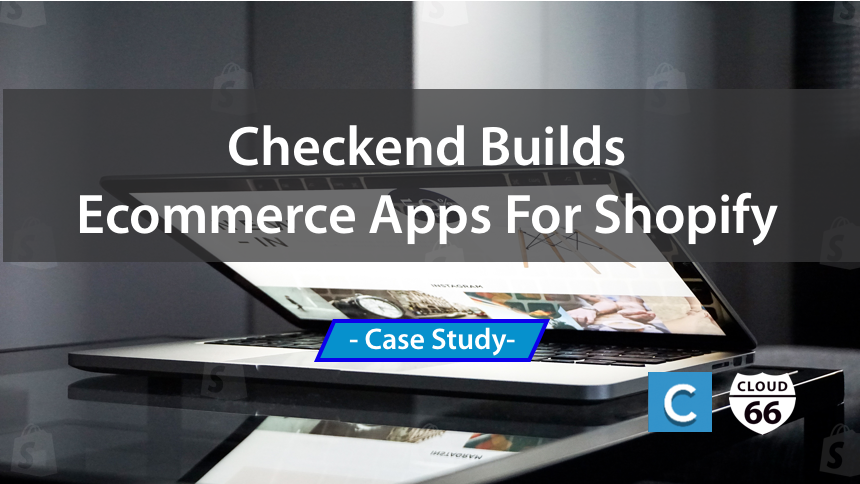 I recently reached out to Checkend, to find out more about their approach to supporting e-commerce companies and I had the opportunity to catch up with Simon Chiu, the CEO at Checkend. I asked Simon to share his experience of working with e-commerce businesses and with Cloud 66.

Starting an e-commerce business is hard work with many steps and decisions that need to be made at the right time. And this is where Checkend comes to ease up the whole process. The company was created in 2015 by Simon Chiu with the aim to support the e-commerce businesses by providing reliable and secure applications build for Shopify.

What's Checkend? Checkend is a company that specializes in e-commerce software, supporting merchants in various parts of their online operations. They work either with the new companies and make their vision a reality as well as with established companies and help them improve.

Checkend Products would support your business with the following areas:

Customers: Checkend has worked with hundreds of companies like Sully Wong and Timely Guardian.

Simon, can you give us an overview of your infrastructure set up before using to Cloud 66?

Before Cloud 66, we were running our apps on bare metal servers that were manually set up and maintained. When we were using 1 or 2 servers at the beginning, it was fairly easy to administrate. Basically we would SSH into our servers, perform any tasks, and log out.

We've also experimented in the early days with Heroku but found that the cost to be quite high for the performance that was given. It was definitely easy to get set up, but the trade offs were apparent.

We also looked at Amazon Web Service's Elastic Beanstalk, but felt it would lock us into Amazon's cloud in the future and we wanted something more flexible in terms of how we grow our future infrastructure.

Why did you choose to use Cloud 66 (Rails and Docker) with Linode and your own server set up? How does it work for you?

We use both Rails and Docker based deployment with Cloud 66 with a combination of cloud based VPS (from Linode) and bare metal servers. We use Docker in development to ensure consistency across developers' computers.

I personally prefer the bare metal Rails stack, but some people on my team like Docker -- which is why we use a mix of both. For some of the simpler apps, the Rails stack setup works nicely because it's simple. But for some of our other apps where there are a number of micro services that need to be managed separately, Docker offers a great way to maximize the resources on each server.

Cloud 66 works well in managing our servers across different providers. Again, I like the flexibility in how we can grow our infrastructure without suffering from having an overly complex set up or being locked in with one cloud provider (eg. Linode or AWS).

What infrastructure problems were you able to solve?

We don't have a dedicated server ops team. Every one here knows how to SSH into servers and fix problems. So I would say that Cloud 66 has been able to replace 10-15% of a single developer time in managing and fixing server issues.

Around the time we moved to Cloud 66, we were also evaluating Docker as well. Cloud 66 already had built a Docker deployment pathway at that time, which worked out well too.

How do you use Cloud 66 service and what are your favorite features?

Currently we use Cloud 66 to manage most of our production servers. Quite literally, the deployment headache no longer exists.

In terms of our favourite feature, without a doubt it would be the Cloud 66 toolbelt. Especially when managing multiple servers manually, it was really hard to remember which server we were administering. With the toolbelt, we can easily SSH, upload, download, look at logs... pretty much anything we want.

It's a pleasure to work with the awesome folks at Checkend. Thank you Simon for finding the time in your busy schedule to chat with us about Checkend. It's always great for us to discover all the unique ways in which our customers are using Cloud 66.

Are you working on something cool? Or perhaps you want to start using Docker? Get in touch or join our Slack Community to get some tips from awesome developers!